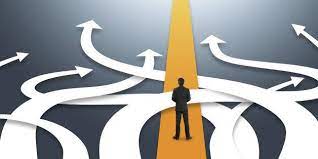 Leeah reached out to Elder Wisdom Circle in a letter he entitled, “I want to choose a completely different life.” He was in his third year in law school, and confessed that he had been feeling unhappy with his circumstances for years. These feelings had been following him not just through his time at school, but for his entire life, he said. And, more recently, they had led to him experiencing suicidal ideation—something also fueled by the depression he felt in response to stressing over his exams. He had an idea to follow his dreams by freezing his education and traveling to China, but was unsure if he should.

Elder GranJan wrote back, sharing some wise and practical advise for Leeah. She proffered that chasing one’s dreams is important, but it would be more sensible for him to look at the bigger picture. Leeah was approaching a very valuable achievement in getting his law degree—something that would potentially provide him with financial security upon graduation. GranJan advised that freezing his education and taking the leap to go to China without knowing the language, having a job, or having a place to stay could lead to him becoming lost in a way that he might not be able to recover from so easily. Instead, GranJan said it would be likely better for Leeah if he were to grit his teeth and finish his degree before diving into the unknown.

I interviewed Leeah after he received GranJan’s reply. He said that he hadn’t yet solved his dilemma, but that the Elder guided him to think about the situation in a more realistic way. He hadn’t reached out to anyone before writing to EWC, but after receiving GranJan’s advice, ran it by his mother, who affirmed her point of view. He admitted that it wasn’t what he wanted to hear exactly, but acknowledged that it came from a place of intuition and intelligence. Ultimately, he chose to follow his own intuition, and allowed the Elder’s words to help him become more patient with himself in the decision-making process.

When asked what motivates her to help other people with their problems, GranJan answered that it’s special to her to connect with a young person and be able to share in their life. In her volunteering at EWC, she draws upon her experience as a psychotherapist—though finds it refreshing to be able to offer direct advice, where in the past she would refrain from doing so. She’s learned over the past 60 years of her life, however, that it doesn’t help to tell someone what they already know, and is best to have patience with someone who might be sabotaging themselves. It’s her priority to show sympathy rather than to preach, and to frame her advice in the context of her own mistakes in order to do so. In the end, the Elder was grateful that Leeah had considered her advice, and wished that she could have a more in-depth conversation with him.

Sometimes when we receive advice from a trusted stranger we often assume it will vary greatly from what a parent might suggest. While GranJan’s advice was not what Leeah wanted to hear he knew it was based on GranJan’s (Elder) intuition and intelligence.