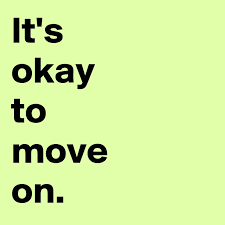 Raven wrote in to Elder Wisdom Circle with conflicted feelings about a friendship that she felt could be something more. She had had a long-distance relationship with this friend in the past until her parents put an end to it, but being apart from them throughout the pandemic only made her feelings stronger. Now, they had reconnected, and it felt just like it had in the past. Raven wanted to tell the friend that she wanted to try a relationship again, but was afraid it might ruin everything, especially since her friend had expressed concerns about long-distance relationships in general.

Elder Susan wrote back to Raven, offering her some advice but also things to think about on her own. She said that it can be easy to fall for someone whose only sides you see are positive; since you’re not with them in-person, you don’t get the chance to see them irritable, mean, or tired. If the relationship is more viable, the goal should be to eventually interact in person, so that the long-distance relationship isn’t just an excuse to escape from forming relationships that could be more present. Susan asked, does Raven plan to meet this person in real life? She also pointed out that it’s possible that, by making comments about long-distance relationships, he was trying to push Raven away, and was ultimately unavailable. Should Raven really spend her time and money on a relationship where the other person did not seem as interested?

I interviewed Raven after she’d received Susan’s letter, and she shared how much it had helped her. She had felt nervous and confused when she wrote in, and was grateful to have been offered a perspective that she felt was more realistic and objective than her own. Susan’s advice had helped her in that way, in that it was honest about the struggles of a long-distance relationship, whereas she had mostly been dwelling on an unrealistic ideal. As it turned out, she said, it would have been a bad decision to try and re-open the relationship. As Raven put it, the Elder helped her feel like it was okay to move on.

After getting the chance to read Raven’s feedback to her letter, Elder Susan shared with me some insights into why she became an Elder. She said that she has the knowledge to help many people with their problems, and that after closing her therapy practice, she hadn’t been ready to give up on doing so. As a young person, her only knowledge was from books and from talking to others; as an Elder, she was able to speak from a place of someone who had experienced parenthood, death, changing jobs, etc. This particular advice-seeker stood out to her because she had had a lot of experience in long-distance relationships. She was delighted to hear that her advice had helped Raven, and that Raven had found it in herself to move on from what seemed like a difficult relationship.