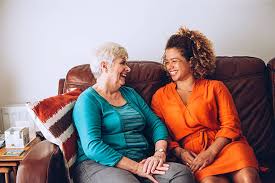 Hope wrote into Elder Wisdom Circle distressed about a situation in her relationship. She confessed that she had cheated on her boyfriend only a few days after they started dating, and was suffering from tremendous guilt as a result. She was convinced that if she told him about it, it would hurt him deeply and might lead to the end of their relationship, and that by not telling him, she was protecting him. The experience she had had with the person she cheated with meant nothing to her; she was in love with her boyfriend and did not want to ruin things by telling him.

Elder JanLynn wrote back to Hope after spending some time considering her predicament. JanLynn said that while she believes in honesty with everything, if Hope never intends to cheat again, she should not tell her partner. The only risk was if the person she cheated with were to tell someone about the event, which might lead to the information getting back to Hope’s boyfriend. Ideally, her boyfriend wouldn’t find out through the grapevine; if he were to find out through any means, it would surely end their relationship. JanLynn advised that it’s not necessary for someone to share everything about their past, and if Hope were to share her secret with her boyfriend, he might reveal something as well. She suggested that Hope should only tell her boyfriend if she thinks she might have gotten an STI from the experience.

We interviewed Hope after she received Elder JanLynn’s letter, and she expressed that she was greatly relieved by the Elder’s advice. She hadn’t fully disclosed the situation with anyone else in her life, as she felt embarrassed, and was grateful for the opportunity to remain anonymous through EWC. Hope felt that the Elder was compassionate and understanding in her response, and felt that she knew better what to do and was able to progress, after following the Elder’s advice. After her correspondence with EWC, she found herself able to focus on her goals more and make peace with her past. She expressed gratitude for EWC, as JanLynn had acted as a kind, non-judgmental companion to her in what she said was a very dark time.

Elder JanLynn shared with me that advice-giving comes naturally to her, as an elder. She enjoys giving advice through EWC as it goes towards helping strangers rather than friends or family, the latter of whom rarely ask for it. She says that when writing her responses, she imagines that she and the advice-seeker are sitting together in a quiet, calm living room, and every word of the advice-seeker is being taken in. There was no one experience in her life that made her feel qualified to be an Elder, but rather the whole of her life experience; in this particular exchange, she drew from her experience with her first marriage, where her husband left her repeatedly before divorcing her. She said that she knows what it’s like to lose someone you love, which is why she advised Hope to be careful with her decision-making around her relationship.

Can’t you just picture yourself sitting in Elder JanLynn’s calm, inviting living room of the mind and taking some of the burdens off your mind? What a comforting visual these words create, all possible through the caring actions and words of an EWC Elder.