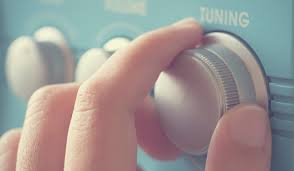 Zoe reached out to Elder Wisdom Circle feeling confused and disheartened. She began by saying that her life was a normal one, where she got average grades and had little drama, but something didn’t feel right. She felt disconnected and unhappy. It seemed as though everyone around her had bright plans for the future except for her, and she was afraid to admit that to anyone. Maybe it was because she was always caught up in her imagination and fantasy scenarios, she thought, but regardless, it felt like her head was a mess.

Elder Gma-GG wrote back to Zoe, teeming with positivity. It was so important, Gma-GG said, that Zoe change the way she spoke to herself in her head—that she avoid telling herself that she’s a procrastinator, that her head was a mess, or that she’s not really living her life. Instead, she could write out a list of affirmations and read them several times a day to boost her mood. If she was able to improve her self-talk, she could learn to coach herself through difficult situations, addressing herself by name, identifying her feelings, and highlighting her good qualities. Gma-GG had learned from an online course she was taking at Yale that 40 percent of our own happiness comes from our thoughts and actions, which are under our control. Zoe could focus on a list of advice on how to improve one’s happiness that Gma-GG provided, which included suggestions to spend money on experiences, not things, to do kind things for others, and to exercise for 30 minutes a day.

I interviewed Zoe after she received her letter from Elder Gma-GG, and she said that when she reached out to EWC, she felt confused and empty, and that her thoughts were shattered. She had felt lost from her true self. Especially because mental health is not prioritized in her home city of Lahore, Pakistan, she hadn’t reached out to anyone else about her dilemma. But when she heard back from EWC, she was deeply touched. She said that Gma-GG’s advice helped her to let go of her negative thoughts, and that she began a habit of writing in a journal. This led her to discover that she had a talent for writing, and she began writing poems and prose. In her words, she pushed herself out of the dark and allowed the positivity to come. She stopped blaming herself for things that were out of her control, and became more connected to reality through meditation and her journaling.

In my interview with Gma-GG, she shared that she gets far more out of volunteering with EWC than she gives. She had learned the most from the major milestone in her life of becoming a grandmother, and helping out in raising her son’s four children. This, along with other experiences she’d had later in life, transformed her from the person she was in her youth—someone who thought they could find happiness in material success—into someone who now knows that true happiness comes from human connection. To Zoe, she expressed the importance of knowing that no one is alone in this life, and that any problem can be solved. “Life is about fine-tuning,” she said. “If one thing doesn’t work, try another, and when the student is ready, the teacher will come.”

Life is about fine-tuning, what a simple way to describe a philosophy that also paints a vibrant picture in our mind. It often feels like we are tweaking or tuning some gadget or device in our lives, but how often do we think about the small fine-tuning we could do within ourselves.