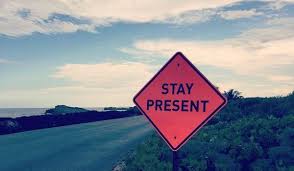 Shirley wrote in to Elder Wisdom Circle looking for help with her low self-esteem and inability to make friends. She had recently moved into a dormitory, and despite being surrounded by people her age, was struggling to not focus on past experiences of having been bullied, or the idea that she was socially awkward. The sight of other girls hugging each other or being too physically affectionate made her uncomfortable, and she wondered if there was something wrong with her because of that. But mostly, she was worried about all of these things getting in the way of her ability to make friends.

Elder Dot wrote back to Shirley, responding carefully to each of her concerns. It was important that Shirley understood that she was someone worth knowing and worth being friends with. If she chose to stay present in each moment, these ideas from the past that came from how she’d been treated wouldn’t cloud her image of herself as much. Dot suggested that Shirley look into joining clubs related to her interests to meet people with which she shared a common ground. She noted that there was nothing wrong with physical affection making her uncomfortable, as individual comfort levels around such behavior often comes from how you were raised; it could also be genetic, Dot said. All things considered, if Shirley was really struggling with her self-esteem, she might consider seeing a therapist—but at the same time, should take the risk of putting herself out there to try meeting new people.

I intervierwed Shirley after she received Elder Dot’s advice and she expressed much relief. She said that the Elder’s advice had greatly helped her in that it made her feel supported and validated. Dot’s advice to “stay present in the moment” had an effect, as Shirley was then able to pay better attention to others’ reactions rather than just the ideas in her own head of what they were thinking. After receiving the Elder’s advice, she still struggled to make friends, but felt more confident in trying. She better understood that making herself vulnerable and putting herself out there to make new friends was a risk worth taking. Over time, she formed a group of friends.

After getting the chance to read Shirley’s feedback, Elder Dot shared with me what inspired her to become an Elder. She said that while there may not be a reason behind the challenges we face in life, if she’s able to use what she’s learned from her own challenges to help others, it gives her purpose. In this particular exchange with Shirley, Dot drew upon her experience overcoming her fears as an adult—she took swim classes and a public speaking course to help train her to take healthy risks, and they both greatly improved her life. She wished to impart to Shirley the same confidence she gained from those experiences. When she read that Shirley had followed her advice and taken the risk, she said she was so proud of her for making the effort and not giving up until she succeeded.

Experience is often the best teacher, and what better way to share life-lessons learned then becoming an Elder. All older adults have the opportunity to become an ‘Elder’ it need not be a formal position like the Elder Wisdom Circle. Think of the positive impact on the world if we had more inter-generational dialogue.