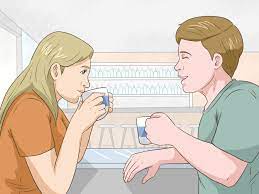 Peter wrote in to Elder Wisdom Circle concerned about his ability to be in a relationship—primarily with a romantic partner but also in the sense of making friends. He tried meeting someone online but to no avail. As a college student, he was told that college wasn’t a good place to meet people—and found that any relationships he did form tended to expire after only a few months. He feared there was something seriously wrong with him, and that something like narcissism or perfectionism was getting in the way. He had also kept these feelings from his psychologist.

Elder PJH wrote back to Peter with consolation. He explained that in the modern age, women over men were often more successful in choosing a partner. And, unless a man has grown up with sisters, it takes a while for them to learn the ropes of understanding women. But rather than focus on forming a romantic partnership, the Elder recommended that Peter join a club, church group, or volunteer organization. In doing so, he could develop friendships, and thereby have the opportunity to show others that he could be a sociable, friendly, reliable person. This would inevitably lead to a potential romantic partner being drawn to him. But while the Elder generously offered these suggestions, he also advised that Peter share his feelings with his psychologist, or else there would be no way for them to help him.

I interviewed Peter after he’d received the Elder’s advice, and he shared with me how helpful it had been for him. He hadn’t reached out to anyone before contacting EWC. Peter did end up taking the Elder’s advice, and shared his situation with his psychologist. The psychologist recognized Peter’s behavior as being symptomatic of social anxiety, and recommended befriending others (rather than seeking a romantic relationship) as a way of gaining a social education—which fell perfectly in line with what Elder PJH had suggested. Peter was then convinced that this was the best solution for him. He also expressed that he had felt better as soon as he wrote down his concerns, but that the Elder’s response was very gratifying.

Sharing with me the personal experiences from his life that made him feel qualified to call himself an Elder, Elder PJH said that he had worked as a college counselor before retiring—which gave him confidence in offering advice to young people. However, it is his goal in every letter to remind the advice-seeker that he is not an expert, but is rather offering the perspective of an elder. He claimed that he had had his prejudices as a young person that caused him to behave ignorantly, but that in his old age, he’s refined many of his ideas and has a better understanding of what’s important. EWC, he feels, gives young people a healthy jump start to their improving personal outlooks on life. He felt supportive towards Peter’s thoughtful approach to his problem, and wished to simply repeat his advice of seeking friendships to increase his chances of romance.

How many of us have been in a place at one time or another where we felt challenged to find a romantic partner? Aren’t some of the best romantic relationships we know of built on friendships first?