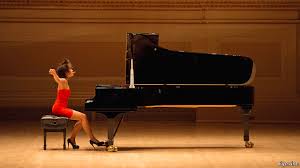 12-year-old “C” wrote to the Elder Wisdom Circle, overwhelmed with her “packed” schedule. “I’ve never experienced the joy of being a child,” C expressed. A student at a college in Quebec as well as a musical conservatory in Montreal, C spent all of her time studying for school and practicing the piano while watching her friends enjoy themselves and have fun in their free time on the weekends. She dreamed of becoming a part of the entertainment industry, but was met with anger when she expressed this dream to her parents. How would her life be different, she asked, if she hadn’t been born into an Asian family, and her mother just allowed her to have some time to herself?

Elder Aondreaa drew from her world of experience to offer C some support and guidance. She was just an old white lady and a mid-level achiever, she began jokingly, but she was able to share her insights as a former middle school teacher. She elaborated that she had once taught a young Asian student whose artistic talents were devalued by her parents, and said she could sympathize with C in the same way she sympathized with her former student. If C wanted to become a part of the entertainment industry, Aondreaa said, rather than focus on the stress of her overwhelming schedule and the burdens placed on her by her parents’ expectations, C could channel her energy into building her passion for the arts into a marketable skill that could get her to where she wanted to go.

C was moved by Aondreaa’s letter. “It made me feel like I was worth someone’s time,” she said. She hadn’t been able to express her problems to her parents, and didn’t feel as though her friends would understand. But the support she received from EWC made all the difference. Looking back, she said, it was a huge boost to her self-confidence—all she really needed was for someone to show her that she was deserving of that attention. Her main takeaway from Aondreaa’s advice was that she should take things slowly, and that she had so much time ahead of her to achieve her goal of being in the entertainment industry. Aondreaa might just have been saying the same thing as others in C’s life, but her voice rung out with more meaning since it was addressed specifically to C. That enabled her to finally take the advice to heart.

When I interviewed Elder Aondreaa to see how she felt about the exchange looking back, Aondreaa replied with some deep and carefully expressed thoughts. She said that her time as a middle school teacher gave her great insight into what C was experiencing, as Aondreaa had worked with many Asian students in C’s position. Upon reading C’s reflections on the exchange, Aondreaa wrote of how impressed she was by C’s way of articulating herself, and encouraged her to keep a journal, as writing in it may help her to keep calm. As a final word of advice, Aondreaa gracefully quoted the ancient Lao Tzu: “Be careful what you water your dreams with. Water them with worry and fear and you will produce weeds that choke the life from your dream. Water them with optimism and solutions and you will cultivate success. … Always be on the lookout for ways to nurture your dream.”

Tzu also said “Music in the soul can be heard by the universe”. With her, Elder Wisdom Aondreaa was able to see that C needed to channel her passion for the arts into a marketable skill so that her soulful music had a chance to be heard.