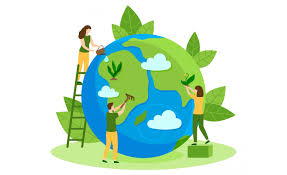 Elder Wisdom Circle frequently receives letters from young people with concerns about their educational path after high school. Danielle, an undergraduate student, had been passionate about science and research her whole life, and especially committed to the environmental sciences—but when she began studying for her bachelor’s at UC Davis, she decided to take her father’s advice and major in chemical engineering, on the basis that it would provide more financial stability in the long run. Still in her first year, Danielle wrote that she felt torn, and that her long-term goal of earning a PhD would be compromised if she stuck with a field she didn’t feel spoke to her dream of helping the environment.

Elder Ketchman wrote back to Danielle with his insights. Although he had no personal background in environmental science or chemistry, he confessed, he had done countless hours of volunteer work for environmental projects in his lifetime, and could offer his intuition as a seasoned Elder. Ketchman suggested to Danielle for her to avoid putting herself in boxes—just because she was majoring in chemical engineering didn’t mean that she couldn’t put that knowledge towards helping the environment! Ultimately, Ketchman said, Danielle’s goal was an altruistic and admirable one, and he encouraged her to do whatever she needed to do to keep going.

After receiving Elder Ketchman’s response, Danielle expressed her deep gratitude for his wisdom. She said entering college with these questions had left her feeling overwhelmed—she’d asked her parents and friends for advice, but it all felt too focused on how she could make money, and not on her emotional well-being. Her experience with Elder Wisdom Circle, on the other hand, greatly assuaged her anxieties. She felt as though Ketchman’s advice was well thought out, and was touched that someone took so much time to personally and carefully address what she was going through. By breaking down the situation in a practical way, Ketchman helped Danielle to see that her options weren’t as restricting as they might seem—for example, getting a bachelor’s in chemical engineering wouldn’t preclude her from later successfully earning and implementing a PhD in environmental science. It didn’t need to be as stressful as it had become for her!

When I interviewed Elder Ketchman about the life experiences he drew from in order to help Danielle. He shared that he’d been pressured into choosing the right path for himself when he graduated high school, but ended up flunking out and enlisting in the military. He later worked as a career military officer, a teacher, a technician, a facilities manager, and a Red Cross Disaster Action Team leader. “We have the flexibility to reinvent ourselves,” he said, “and the vision and decisions we make about our futures do not cast our future lives in concrete.” Ketchman continued that at 20 years old, he saw the world as very black and white and felt that there was a right and wrong answer to everything. It was of the utmost importance to him to convey to Danielle that this was not the case. When we later shared with him how happy Danielle was with his advice, he said, “I think Danielle has got it all together—better, in fact, than most.  I’m very pleased that she thought I gave her something useful.”

Part of becoming a Wise Elder is acknowledging all your choices in life and embracing the value each experience brought to you.  As Elder Ketchman shared, the vision and decisions we make in our younger lives doesn’t set our future lives in concrete. The ability to adjust, correct and steer ourselves through life becomes easier with each decade, it is like an inner beacon is helping guide us along the journey.