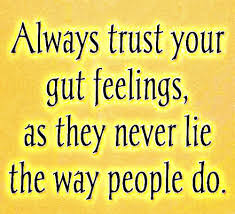 Tia, a 19-year-old girl from Lebanon, wrote into Elder Wisdom Circle looking for advice on how to respond to a man she met on a dating app, who she referred to as “Guy B” (as he was the second man she’d interacted with on the app). She felt confused by his advances; at times he was explicitly sexual, expressing desires for her, but would also reassure her that he wasn’t only interested in her sexually. He was 10 years older than her and had been sexually active for years while Tia was still a virgin, and seemed to have a drinking problem. But her friends were giving her mixed advice and she was unsure of whether she should stay in contact with him.

Elder Rose wrote back to Tia, eager to guide her through her quandary. She pointed out that right off the bat, Tia had mentioned that the app where she met Guy B was mostly for sexual encounters. Throughout Tia’s letter, she was expressing discomfort and fear in reaction to Guy B’s flirtation; Rose urged her to listen to her intuition, as it was telling her everything she needed to know. Guy B was clearly only seeking a sexual relationship with Tia, which was apparent by his repeated, aggressively sexual remarks towards her. Rose said that Guy B may very likely be a sexual predator, and by no means would she advise Tia to meet with him.

We interviewed Tia after she received her letter from Elder Rose, and she shared that she felt so relieved afterwards. Tia said that she wasn’t usually so indecisive about situations such as this, but that the mixed advice she was receiving from her friends on the subject had left her feeling directionless. Many of them had urged her to give Guy B a chance, and despite that her gut was telling her not to, she had doubted herself. Elder Rose’s advice helped her to have more faith in her own judgment. Tia felt that Rose’s suggestions to trust her inner voice and follow her instincts were the most helpful in figuring out what to do.

I interviewed the Elder and asked why she chose to work with EWC, and Elder Rose had a beautiful response—she had been looking for a way to give back, and believes that the point of life is to leave the world a little better than you’ve found it. She felt it wasn’t just one experience that caused her to accept the title of “Elder,” but rather a lifetime of milestones, as well as her experience in family and marriage therapy. She reflected on her youth, saying that she and her friends used to prioritize their search for a boyfriend over everything else, and at times their own safety. She had been lucky to avoid trauma, but a friend of hers had been raped by someone she thought was misunderstood. Young women owe it to themselves, she said, to trust their intuition and do their best to keep themselves safe from such predators. “Your head and your heart will lie to you,” Rose said, “but your gut never lies.”

Often the wisdom of our Elders can be summarized, sometimes it can’t but Elder Rose hit the nail on the head with “Your head and your heart will lie to you but your gut never lies”. How fortunate for Tia to access this wisdom at just the right time.