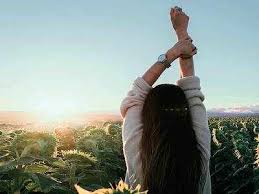 Bubbles wrote in to Elder Wisdom Circle, despairing over a situation with her narcissistic father. Having just turned 32, she’d been living with her parents her entire life. At one point, her mother left her father and she and her mother moved to Texas together, but when that fell through for Bubbles, she ended up returning to live with her father. Her father would gaslight, manipulate, and verbally abuse her, but the more she vented about him to friends, the more her relationships suffered. On the bright side, she’d just earned her bachelor’s degree, but with just a part-time job working at a Wal-Mart, she felt she didn’t have the finances to leave.

Elder Kenti responded to Bubbles, first congratulating her for getting her degree—a huge accomplishment. She validated Bubbles position as someone who’d never been supported by her parents, and encouraged her to focus on saving money and moving out. Then, in practical terms of what she could do right away, Kenti suggested she find someone to confide in who could help, like a former teacher, and as an alternative, seek out a counselor from her alma mater. But perhaps her most valuable option would be to call the SAMHSA hotline, which might point her in the direction of support groups and community organizations she might need to help. Lastly, Kenti reminded Bubbles that she was a worthwhile person, and provided her with a list of affirmations she should repeat to herself.

I interviewed Bubbles after she’d received Elder Kenti’s guidance, and found that she was in a much better place than she’d been when she first wrote in. She shared that she hadn’t sought advice from anyone else but EWC, and felt extremely satisfied with her experience. Elder Kenti helped her tremendously, she said, by simply reminding her of her self-worth—hearing that she was deserving of love gave her the confidence she needed to take action in her situation. It gave her the strength to move out of her dad’s house, which was huge. She left without a job and limited finances, and at the time she gave feedback, she’d found a job though didn’t yet have a permanenet place to stay. She had, however, successfully cut her dad out of her life.

It’s no surprise that Elder Kenti was of help to Bubbles. Kenti came to the EWC after reading a magazine article, seeing the EWC as a perfect fit for her. She said that growing up, she dealt with anxiety and low self-confidence and considers herself a “wounded healer”—she also had spent time working  in psych units and addiction treatment centers, experiences which deeply informed her advice-giving. In her 20s and 30s, she was smart academically, but as she puts it, her real learning occurred as a result of life experiences. She was grateful to hear that Bubbles had moved out of the toxic situation and wrote that her problem was important—she need not feel embarrassed in seeking help from it.

So often people are aware they are in a bad situation but lack that boost of confidence to change their situation.  Elder Kenti was able to remind Bubbles of her self-worth and that she was deserving of love.  Fortunate for Bubbles she had the wisdom of Elder Kenti to guide her.