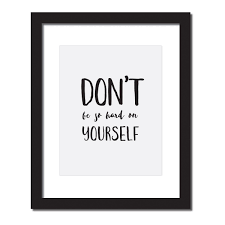 Sophie wrote in to Elder Wisdom Circle struggling with deep feelings of inadequacy. She had just started going to the school of her dreams to pursue her ambition to become an actress in the film and TV industry. Having been home schooled for the past year leading up to her entrance into the arts high school, in the face of this big change, she felt overwhelmed and plagued with feelings that she was not good enough. She felt like she didn’t belong at the school or among her newfound friends, who she felt disconnected from, and felt like a mediocre actress and student. She was crying herself to sleep every night, and wondered if things could get any better.

Elder Hedwig wrote back with carefully expressed guidance for Sophie. First, she congratulated her for getting into such a selective school—this was no small feat, and something she should feel proud of. Despite how much she was struggling, the Elder wanted Sophie to know that there was plenty that was under her control: putting on a happy face for the world would inspire her to eventually grow into the part. In terms of friends, Hedwig reminded Sophie that individuals are so much more concerned with themselves than they are other people, and that one way to form stronger relationships would be to be inquisitive about the lives of others. And, if Sophie wanted to do better at school, she could simply work harder. If there was one thing Sophie should take away from Hedwig’s letter, it was to not be so hard on herself.

Upon receiving Hedwig’s reply, Sophie told us that her day was immediately brightened. She says that she saved the email and rereads it when she needs a boost of encouragement. Before reaching out to EWC, she had opened up to her family, but felt as though they were biased, whereas she was able to find an unbiased perspective in Elder Hedwig. It was Hedwig’s advice that Sophie had the power to create her own reality that most resonated with her; the Elder’s kindness inspired Sophie to shift her perspective and gave her a more positive outlook. She started practicing not being so hard on herself, and put herself out there more—as a result, she ended up working on two feature films, and founding a blog with her new partner, whom she met as a result of taking more interest in other people’s lives.

I spoke to Elder Hedwig after she read Sophie’s feedback, and she shared with me about her experience as an Elder. She explained that she chooses to only respond to letters where she feels she has already sought and found answers to similar problems in her own life. Her own empathy and understanding were shaped by her having lost her husband of 28 years, then living with someone who suffered from Alzheimer’s for 18 years. She also could identify with Sophie’s situation, as she herself had moved a lot as a child and sought to reinvent herself when she was 14. She learned then that she had the power to shape her own reality. When responding to advice-seekers, she’ll ponder whether or not she’s helped to boost their confidence, then say the Serenity Prayer to help guide her from accepting she is not in control of the outcome. Lastly, Hedwig wanted to impart to advice-seekers that they do not have to define themselves at 18—there is still time to learn, experiment, and change direction.

I would say that Elder Hedwig hit an advice homerun with Sophie, not only does Sophie feel better she is moving her dream of being an actress forward. How many of us need to hear the words “Don’t be so hard on yourself”?