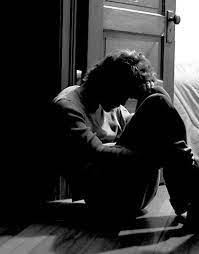 Mona wrote into Elder Wisdom Circle from Phnom Penh, Cambodia, to ask for guidance in dealing with stress over school and life decisions. She said that her parents and teachers were very supportive of her and had helped her to design a path to pursue as an animator, but that she didn’t feel as though this was what she truly wanted. This made her feel as though she was being ungrateful and acting spoiled, and she was afraid that if she told the adults in her life how she was feeling, they would be angry and upset with her. She was under so much pressure around the decision that she was even experiencing suicidal ideation.

Elder June-Bug responded to Mona’s letter with great empathy and understanding. First, she acknowledged that it was normal that Mona would be feeling like she was under so much pressure, given where she was at in her life—but that the decisions made before going into college aren’t as permanent as they might feel. She was likely just experiencing intense fear and needed to listen to that feeling. June-Bug said that Mona might see dying as an escape, but that it’s never the answer—emotions can always be worked through—but, if necessary, she could reach out to a suicide prevention hotline. That being said, she could choose to start her own business instead of being an animator, but she would have to choose to do something. Ultimately, she needed to stop lying to her parents and teachers and be honest about how she was feeling.

I interviewed Mona after she received her feedback from EWC, and she told me that she had been in a great deal of pain when she reached out. She’d sought advice from friends but wasn’t satisfied with their help—which is when she stumbled across EWC. Her response from the Elder, she said, was unexpectedly deep and written with care, for which she felt so grateful. It made all the difference that a stranger out there in the world took her problem seriously enough to write a compassionate letter to try to ease her pain. She said that while the advice didn’t immediately solve her problem, it did help to guide her through it, and the Elder’s words kept her going. Over time, things did become better.

Saying that she enjoys connecting to advice-seekers in an empathetic way, Elder June-Bug shared with me how much she identified with Mona’s letter. Like Mona, June-Bug said she often put other’s needs ahead of her own despite how much it might affect her own happiness. She also found the idea of four years of university daunting—which is why she took it semester by semester, always telling herself she could leave if she needed to. She even identified with the suicidal ideation, but said that for her, it was more that she wished she was dead, not necessarily that she wanted to commit suicide; she was grateful to learn that Mona had worked through those dark emotions. June-Bug says she chooses to only respond to letters that resonate with her deeply, which is why Mona’s issue was the perfect fit for her. She was grateful to learn that her words had had an effect, and said she was proud of Mona.

The Elder Wisdom Circle never represents our service as a hotline for suicide prevention or an alternative to professional therapy. Often, we hear from people who want to hear the comforting and guiding words of a grandparent figure.  Our Elders are trained to include resource materials and contact information if any advice-seeker mentions suicide or self-harm.