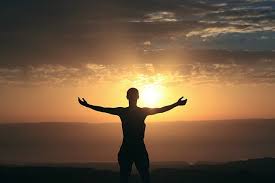 It wasn’t his first time writing to Elder Wisdom Circle when Timothy reached out asking for advice about what to do regarding some tension in his friend group. Things were upended when, after getting permission from his friend, he pursued his friend’s former crush. Suddenly, his friend became angry and distant, ranting about Timothy on social media and shunning him from all communication. To make things worse, their mutual friends all took Timothy’s friend’s side in the matter. A year later, Timothy was feeling lonely and depressed, seeing his former friends share on social media about how much fun they were always having together. Timothy felt isolated and didn’t know what to do.

Elder Owl had just the right words to soothe Timothy’s distress. Before going deeper, she first pointed out that Timothy hadn’t done anything wrong—he asked for his friend’s permission before pursuing their former crush. The fact that his friend became angry with him afterwards was on his friend, not him. But to make the best of Timothy’s current situation, he could do two things: 1) He could nurture his relationships with the other friend groups he mentioned in his letter, and 2) He could limit his time on social media. Owl deftly pointed out that Timothy could mute, un-follow, or block his former friends—whichever was the most diplomatic, to reduce their influence on her life—and simply spend less time on the platforms in general, for sake of his mental health.

Timothy wrote in to us, expressing his deep gratitude for Owl’s words of wisdom. He said that he’d tried asking others for help, but felt like he was going in circles, and that asking his friends felt pointless as they were just as clueless as he was. Owl’s thoughtful and articulate words, on the other hand, really struck a chord. Timothy was blown away, and beyond grateful, saying it was the best response he’d received. His main takeaway from Owl’s letter was to liberate himself from the negative things that were pulling him down. Luckily, Timothy’s former friends weren’t going out of their way to harass him online, so all he needed to do to better his situation was to stop paying attention to them as much. He did just that, and said that afterwards, he was much happier.

I interviewed Elder Owl following their exchange to learn more about Owl’s insights. Owl shared with me that she’d always been interested in Ann Landers-style advice columns. She were delighted to discover the EWC after having moved back to her hometown following the death of her husband of 40 years, and she was looking for a way to give back. As she explained in the letter, she shaped her advice based on her experience watching her niece endure the same problem Timothy faced, and her own experiences saying the wrong thing to friends asking for opinions about their partners.

Owl said that in her 20s and 30s, she felt that she was in her prime—but noted how much she matured and changed over the years, and how much better she has gotten with balance and boundaries.  Owl says she absolutely loves to hear back from advice seekers, and was so happy to learn that her advice had helped Timothy with such success.

Elder Owl has attained the wisdom to know that emotional freedom for Timothy was within his reach.  Life often is about uncovering a couple of options and choosing one that works best for you.  While this sounds like a simple answer, our youthful self lingers and stalls, allowing unhappiness to find a fertile place to take root and grow.  Liberate yourself from the negative things in your life and find that true happiness is closer than you realize.