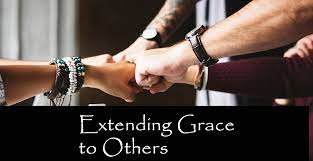 During the pandemic, high school senior Maddie reached out to Elder Wisdom Circle for advice on how to deal with an unpleasant situation with a teacher. Maddie and her friend had reached out to a teacher of hers online to discuss a problem she was having at school. She found that for some reason she did not understand, the teacher came into the conversation defensively, and then proceeded to berate her. Maddie and her friend were left startled and hurt, and Maddie wondered if there was something she could do to remedy the relationship before their graduation.

Elder Angela-Rose was able to offer Maddie just the insight she needed. Pondering her issue thoughtfully, Angela-Rose validated Maddie’s hurt feelings, and first, reminded her that sometimes there are people in life who are not open to hearing our side of things. But, she also suggested that Maddie consider that the teacher was under duress—for reasons she could not know—which may have caused her to respond the way she did. Ultimately, it was in Maddie’s best interest to let go of the situation and forgive rather than to hold onto the resentment, which would, Angela-Rose said, only serve to poison her loving spirit. In doing so, Maddie would gain valuable practice at treating others with grace.

Maddie was deeply grateful for Angela-Rose’s response. She said that she had spoken to others about the situation, but it was the Elder’s words that she thought were truly the best possible advice for the situation. Angela-Rose helped her to understand that her teacher deserved compassion and understanding, and that the best solution would be to offer her an olive branch. Taking the advice to heart, Maddie learned that one will not always get an apology from those they want to hear one from, and that this situation was an important lesson in letting go. Maddie felt that others’ advice was rooted in avoiding getting on the teacher’s “bad side,” while the Elder’s words rung out to Maddie in a more meaningful way. In the end, she ended up writing to her teacher expressing regret for the situation, and received a letter back from her saying that they could put it behind them. Maddie felt that while the relationship was no longer the same, it had healed.

Upon reading Maddie’s feedback to her advice, Angela-Rose shared with me some of her thoughts on being an Elder. She said that when she offers her wisdom, she draws from the challenges she experienced in her life, such as losing a parent at a young age. “I have loved being a nurse, a leader, a mother, a teacher, a wife and friend,” she said. “Anytime I can offer encouragement to others so they too can enjoy life, I am delighted.” In regard’s to Maddie’s problem, she said that difficult people have often been hurt deeply, or may have a mental health issue that causes them to relate to others in a complicated way. Angela-Rose shared that in the time since her 20s, she has learned to be more patient and to face life with a healthy sense of humor, and before sending her advice, she prays for the Advice-Seeker and for wisdom. She expressed gratitude for Maddie and other Advice-Seeker’s willingness to share their feedback, and said that receiving feedback like Maddie’s was “more meaningful than I can adequately express in words.”

An olive branch signals to the other party that our heart is open and we are willing to let the ‘issue’ go. As Elder Angela-Rose shared to hold onto hurt feelings or resentment will only harm us and hinder our loving spirit. Who could you extend an olive branch to?