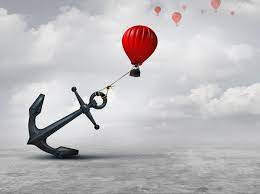 Advice-seeker Nita wrote in to Elder Wisdom Circle looking for advice on how to fix her lack of motivation. She said that every time she sat down to do her schoolwork, she felt completely unmotivated, regardless of how she felt during the day. Nita said that she wanted to be done with school, and felt that nothing would come out of doing her schoolwork. The pandemic had only added to her troubles, and while it prevented her from meeting with friends, she said that she didn’t have many friends to go out with to begin with. She could only help but feel that everything was going downwards.

Diving deep into the feelings behind motivation (or a lack thereof), Elder Grandpa-Matt wrote back to Nita with genuine care. He began by looking at the idea of motivation, and reminding Nita that her rationale behind believing that “nothing will come out of” doing her schoolwork was her choice, as was her inability to do it. But then, with compassion, Grandpa-Matt suggested that perhaps there is a greater influence at hand. Could it be a fear of failure, or perhaps perfectionism? He urged Nita to strive for excellence, but also to be gentle on herself—she need not be so judgmental of her own behavior. Ultimately, she was responsible for how she felt about herself, and there were actions she could take to help boost her self-esteem—and in turn, her motivation.

Nita wrote back to EWC to share how much Grandpa-Matt had helped her with her struggles. She shared with us that she had been feeling very low, and needed someone to vent to about her problems, but that no one was listening. When she discovered EWC, however, she became hopeful, and when she received her letter from Grandpa-Matt, she felt as though she had finally been heard. It was his outsider’s point of view that really struck her as valid and meaningful. From Grandpa-Matt’s advice, Nita learned that a sense of perfectionism might be preventing her from trying, as trying and potentially failing posed the threat of validating her low opinion of herself. If she freed herself of her perfectionism, it would be bound to raise her motivation. His words helped her to head in the right way of solving her problem, and in her words, ‘basically told her to get herself together and do what she should because no one was going to do it for her.’

I interviewed Grandpa-Matt to learn more about the inspiration behind his advice. He said that when he was in school, he was a “late starter.” He couldn’t grasp math easily, and made excuses that prevented him from trying harder to do better at school. As a result, he failed to achieve the grade he needed for the opportunity to go to the Philadelphia Eagles’ championship game. For this, he felt 100 percent responsible.

Grandpa-Matt said that when he was in his 20s, he was a bit of a know-it-all, lacking in patience, compassion, and empathy. Now as an Elder, he is better able to listen, comprehend, and reflect back his understanding to advice-seekers. He says that when writing his letters, he tries to put himself in the advice-seeker’s shoes, and takes care to offer his experience through a metaphorical explanation that he first outlines and structures for them. He wanted to remind advice-seekers that Elders come from a place of non-judgment, and in the words of psychologist Dr. Carl Rogers, “unconditional positive regard.”

Sometimes what we believe is holding us back is not valid. Nita thought her issue was a lack of motivation but a wise elder like Grandpa-Matt was able to ‘sense’ something else was at play. How many of us need to hear that we should strive for excellence, but also be gentle on ourselves, brilliant wisdom!