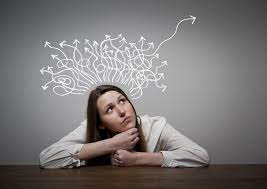 Mimi wrote into Elder Wisdom Circle in despair over a difficult family situation. Her relative, Jackie, was going through a bitter divorce, and in June 2019, Mimi bought a house for her to stay in with her young daughters. The arrangement was for Jackie to pay her rent to cover a portion of the expenses. However, after Jackie went to court for the divorce trial in January 2020, she distanced herself from Mimi, saying she needed time to heal—and ceased making payments towards the house. Over the past year, Jackie had all but fallen completely out of touch, having had only four FaceTime calls with Mimi over that time, and had also distanced herself from a couple other close relations. Mimi was then in a position where she could no longer afford to pay for the house she had bought for Jackie, and didn’t know what to do.

Elder Alexandra wrote back to Mimi, sharing her own world of experience in dealing with frayed family relationships. She too had been at a time estranged from a close family member and could understand how heartbroken Mimi felt. She suggested that, given how easy it can be for one to ignore texts and phone calls, Mimi pay Jackie a visit in person, and possibly bring along another one of Jackie’s close friends, to discourage an outburst from Jackie. She compassionately reminded Mimi that both Jackie and her young daughters may need her more than she needed them, as they were clearly in a state of turmoil. Above all else, Alexandra advised that Mimi should do her best to help Jackie to understand how her behavior was affecting others.

I interviewed Mimi after she had received the Elder’s advice to see how she was doing. She shared with me that before reaching out to EWC, she had spoken to two therapists, neither of whom were able to help her. The response she got from Alexandra, however, resonated with her deeply. She felt that Alexandra’s words were caring, compassionate, and wise. Unfortunately, she had yet to take action towards remedying the situation since receiving her letter, as she was afraid of what the outcome would be. But she expressed her gratitude for Alexandra’s kindness and wisdom, saying that she found the Elder’s advice to be gentle, soothing and just what she needed. She said that when she first wrote in, she had been so emotional that she couldn’t think in concrete terms, but Alexandra’s letter gave her real, common sense tools that helped her to redirect her thinking. Now, although the situation had not been resolved, Mimi felt a greater sense of acceptance about the situation.

Later, I went back to Alexandra to hear more about her experience as an Elder. She shared with me that she was raised in a military family, where she learned how much one gets back from helping others. When, in retirement, she discovered the EWC, she was grateful for another opportunity to give back. Upon reading Mimi’s letter, Alexandra said she felt so much empathy for her. Normally, she looks out for letters from advice-seekers that speak to her in this way, and where she feels she can draw upon her related experiences to offer them advice. After reading Mimi’s feedback, Alexandra said she was sorry to hear that Mimi’s situation with Jackie had not changed, and encouraged her not to give up at trying to reconcile things. One day, she said, Jackie will realize that she and her daughters need Mimi in their life.

The gentle words of a stranger can often clarify and shed light on a problem or issue we are overwhelmed by.  As Mimi shared, she had been so emotional that she couldn’t think in concrete terms, but Alexandra gave her real, common sense tools that helped her to redirect her thinking.